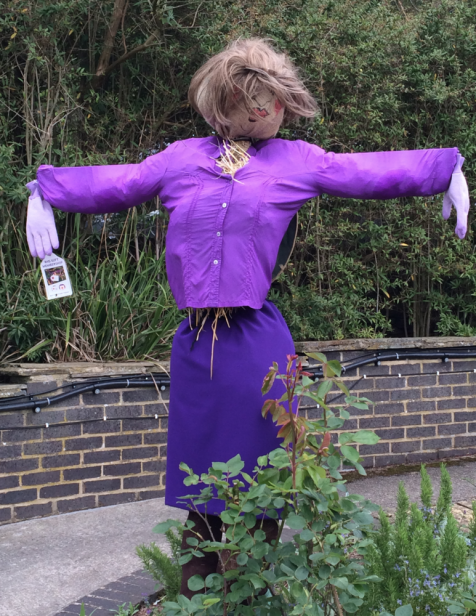 Afternoon Tea with The Lady Mayoress 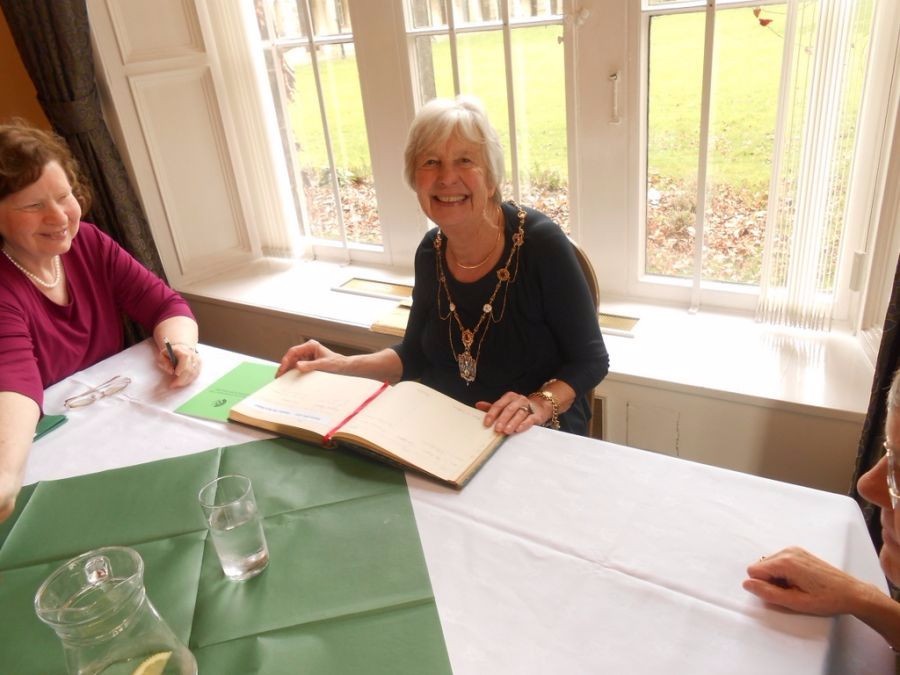 This year's 'Tea' will be taken in the Great Woodhouse Room at University House. (LS2 9JR)

The Lady Mayoress for this year  is Mrs Janet Harper, shown above with our president Moira.  We will be presenting her with our contribution to the Lord Mayor's Charity, Leeds Children's

Departmental Visit to the School of Biology

There will be a talk given about the work of the School of Biology, and this will be followed by a tour of the School. 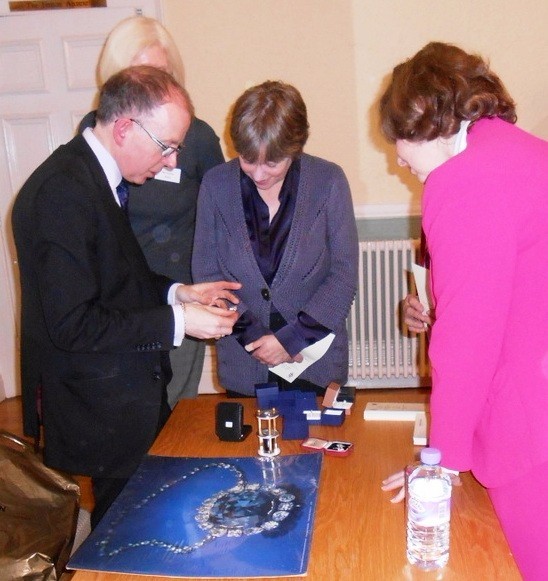 Robert Bolton has been a registered valuer for over 25 years working within the family jewellery business until 2013. He is now working solely as an independent valuer, specialising in the valuation of fine jewellery, silverware and watches. He gave a very interesting and informative talk on diamonds last year, and we are looking forward to hearing about 'Pearls'! 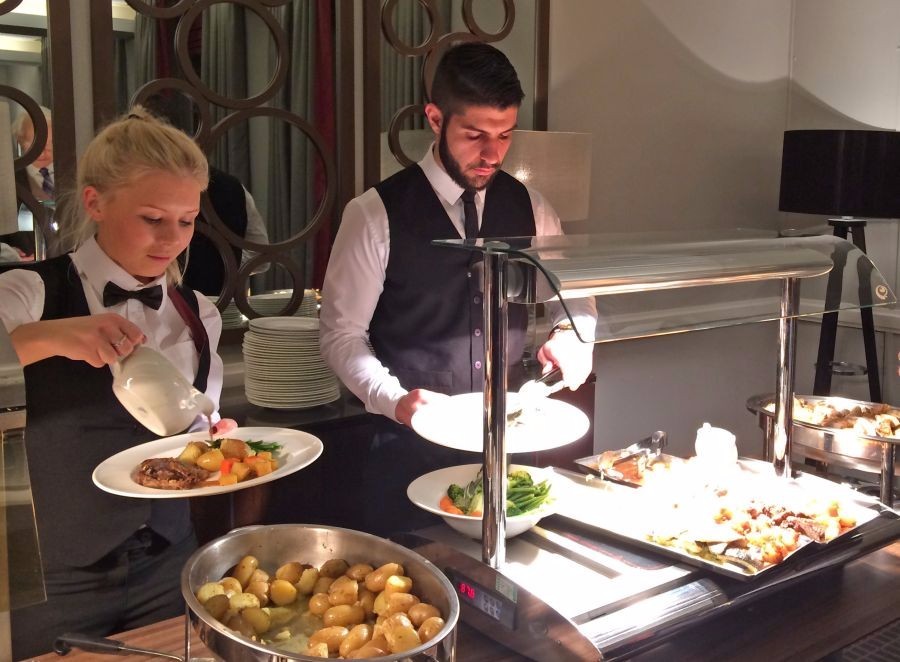 In this, the 90th Year of the Club, we expect the event to be well attended. If you think that you may have problems with parking please inform us early and we will try to make arrangements with the University authorities. Tickets will be available from Mrs Joan Wilson,Hon. Secretary,   41,Grove Road, LS15 0LH, Telephone 0113 264 8511 or 07814419182

Tea and home made cake is included in the cost of the visit.  Will members please make their own travel arrangements  and meet at Farnley Hall at 1.30 pm.  (Parking will be available at the Hall). The cost will be £10. Booking and payment please to Mrs Joan Wilson as above by 8th April

Wednesday 29th April Visit to Farnley Hall.  as above

Farnley Hall, (www.farnleyhall.co.uk)   situated on the outskirts of Otley, has been a family home for hundreds of years. 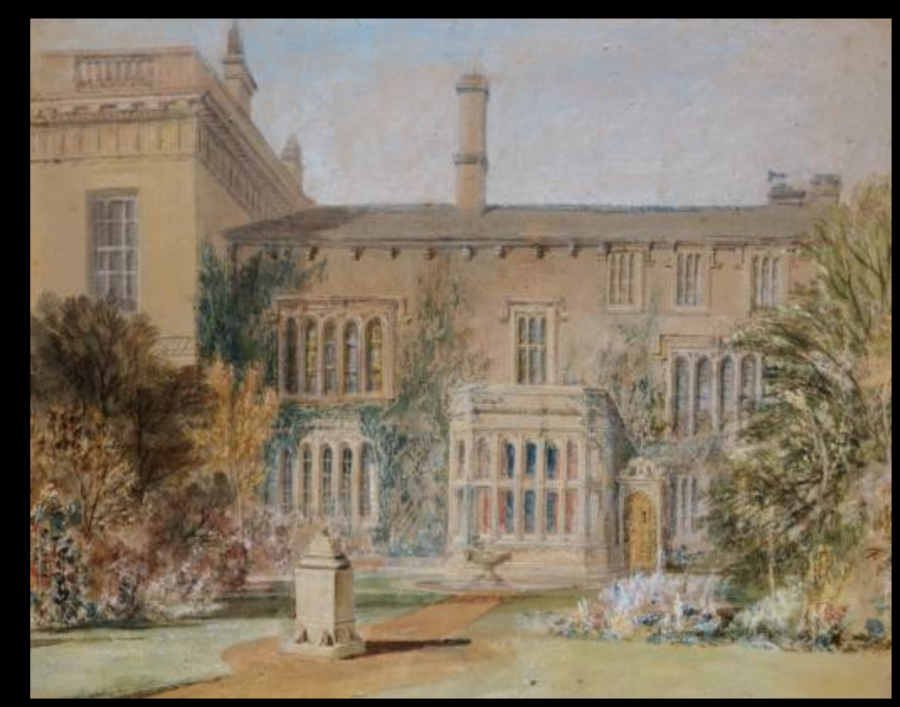 During that time, it has undergone many changes. In The Second World War it was used as a maternity hospital, but it is perhaps best known for its connection with the painter Joseph Mallord William Turner, who visited the Hall for the best part of twenty five years, and some of whose paintings were inspired by the scenes he enjoyed in Wharfedale. The first mention of the Fawkes family in the district occurs in1289 when Falcasius de Lindeley is recorded as having sued the Vicar of Leathley and nineteen others for cutting down trees on his property.Later in 1378, there is a mention of “John Ffaukes and his wife and their villa at ffarnley”

It is not  known where the villa stood in those days, but it was  probably on or near the site of the existing building.

In the 16th century, or early in the 17th century, the house now called Old Farnley Hall was built.

Below is an image of the hall as it is now,  taken on the day of our visit. We were welcomed by the present owner, Guy Fawkes, and shown round his very beautiful home. Pictures cannot be taken inside the house, because the Turner paintings displayed there are not only valuable but cannot be exposed to the light for long. We were given plenty of time to look, admire and learn about the history of the house and later enjoyed tea and cakes in the large comodious kitchen. Look further below to see more images of the house, its owner, its views, the biggest self-seeding beech tree in Europe and its very large and friendly cat, who enjoys rabbitting in its copious grounds.